Brussels, 11 September 2018. foodwatch described the Commission’s claim that European food law provides adequate protection from health risks as “detached from reality”. If the EU’s General Food Law Regulation is not comprehensively reformed, it is only a matter of time before the next food scandal erupts, wrote the consumer organisation.

In Brussels, foodwatch activists handed over the open letter and protested in front of the European Commission building. A demonstrator dressed as President Juncker stood behind a table with foods from recent scandals like fipronil-tainted eggs, horsemeat lasagne and contaminated Lactalis baby milk, presenting them as tasty delicacies that European citizens can consume without concern.

The consumer organisation provided the Commission with its analysis of the weaknesses in EU food law, along with several concrete proposals for improvement. For example, foodwatch is demanding that food traceability in the EU be guaranteed. In this context the organisation referenced the fipronil scandal as proof of the EU’s failure to ensure complete traceability throughout the food chain, an actual requirement of EU food law. Furthermore, specific testing obligations for food businesses should be introduced. foodwatch also maintains that the alert system is flawed: EU food law must include strict provisions obliging the authorities to quickly and comprehensively inform consumers of not only potential health risks but also food fraud, and in all cases disclose the names of the respective manufacturers and products. In addition, foodwatch is demanding that consumer associations be granted the right to bring legal action against public authorities that ignore their obligations under EU law. This is the only way to give consumer associations the leverage they need to effectively defend consumer rights. 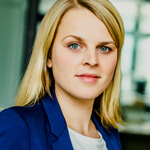 “Be it fipronil in eggs, contaminated Lactalis baby milk or horsemeat in beef lasagne, Europe has been hit by recurring food scandals, many of which have posed health risks for consumers. Instead of protecting Europe’s 500 million citizens and correcting the shortcomings in EU law, Commission President Jean-Claude Juncker is pretending that everything is perfectly fine as it is.”
foodwatch expert Lena Blanken

Traceability is not guaranteed

However, Jean-Claude Juncker himself apparently sees no particular need to act. Recently, one of European Commission’s spokespersons claimed that all food products in the EU can be traced along the entire supply chain and that it would otherwise not have been possible to resolve the fipronil scandal so quickly. In its letter to President Juncker, foodwatch denounced these claims as “completely false and disrespectful to the citizens of Europe”, arguing that the authorities have yet to determine how many millions of eggs were contaminated with the insecticide fipronil and where they ended up.

In April the European Commission proposed a reform package for European food law that would amend provisions on risk assessment for plant protection products while turning a blind eye to all other problems. foodwatch criticised the proposal as inadequate with the argument that, instead of focusing on a single issue, the Commission must eliminate the fundamental weaknesses of EU law. Europe’s “General Food Law”, Regulation (EC) No. 178/2002, was adopted in 2001 in reaction to the BSE crisis (mad cow disease). Currently, the European Commission is planning to revise it in the context of the “REFIT” process (Regulatory Fitness and Performance Programme).

More about transparency and food safety

foodwatch has called for a fundamental amendment of EU food law in order to better protect citizens from food scandals. The European Commission's reform proposal is completely inadequate.

foodwatch steps up the pressure in the Lactalis scandal. Today, foodwatch and several parents open a case which affects everyone. The alliance will present strong evidence that all actors involved in this food scandal have failed to meet their...

Action plan after the Fipronil scandal

Food legislation promises preventative protection against health hazards and against fraud. As in other food scandals in the past, the Fipronil scandal shows that in reality, consumers cannot rely on this promise. In order to avoid scandals like the...