It is completely inappropriate that in a time of major obesity problems and additional disease burdens such as type 2 diabetes, the Presidency of the Council of the EU is sponsored by Coca-Cola. In addition this kind of relationship between major EU institutions and corporate interests further undermines public trust in European politics and decision makers, whereas we need on the contrary to reinforce transparency and democracy in Europe. foodwatch asks the EU-presidency and the President of the EU Council to put in place a policy with clear rules for future Presidencies in order to ensure that potential conflicts of interest are effectively and transparently avoided. The consumer organization launched an online petition against Coca-Cola’s sponsoring. This petition can be signed on the French, German and Dutch website. 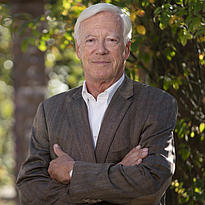 Coca-Cola’s sponsorship of one of the major political bodies in Europe is unacceptable. This damages the independence and credibility of politics.
Thilo Bode Executive Director of foodwatch International

From January 2019, Romania holds the Presidency of the Council of the European Union for a period of six months. With a programme endeavouring to find solutions to a wide range of European issues, there is a busy schedule of meetings happening in Bucharest and other cities across Romania. Journalists from German television ZDF and ARD have already expressed their surprise at seeing Coca-Cola prominently visible as a sponsor. Participants have been welcomed to these meetings with signs from the Romanian Presidency stating "The Coca-Cola system proudly supports the first Romanian EU Council Presidency". There are also Coca-Cola beanbags, billboards and of course drinks. Coca-Cola is one of just a few ‘platinum’ partners of the Romanian Presidency of the European Union, a relationship that Romania describes as a ‘partnership’. The Romanian beer brewer’s organisation Berarii and other companies are also sponsoring the Presidency.

It is not unique that these kinds of political positions are sponsored, but these cosy corporate relationships are undesirable, says foodwatch. Coca-Cola, for example, also sponsored the Polish Presidency in 2011. Among other things, it supplied 140,000 litres of drinks for the meetings.

foodwatch considers it highly undesirable that companies sponsor such political events and processes. It is important to avoid policy being influenced by commercial interests. But even the appearance of a conflict of interest alone should be avoided, as this adversely affects confidence in politics, especially in a time of declining trust in politics and politicians.

A way to "fight back" on sugartax?

Within the next months, EU Politicians will consider revisions to the General Food Law, which sets standards on food and health for all EU countries. Also the important issue of nutritional labeling on food packages is on the agenda. Other issues that may arise at the EU level during the Romanian Presidency include nutrient profiling, the sugar tax/levy on sweetened drinks and the marketing of sugary foods to children. In 2016 Coca-Cola’s strategy to – in their words – “fight back” on a sugartax/levy was leaked. The sponsorship of the EU-Presidency is consistent with this fight back strategy, as part of Coca-Cola’s lobbying efforts. It is known that Coca-Cola has lobbied Romania at least twice prior to the start of the Presidency.

foodwatch says: Issues that affect the health and freedom of choice of all EU citizens, deserve the unbiased attention of politicians. foodwatch stands for a democratic European policy that puts the interests of its citizens first. To make that reality, the blatant lobbying, sponsorship and influence of the food industry must stop!