Ahead of the German EU Presidency it is more than important that the German government clearly and publicly refuse sponsorship and take the necessary action over the next six months to put in a place a ban on any future corporate sponsorship of the EU Presidencies. This step is necessary to ensure integrity and coherence of EU policies.

The Presidency of the Council of the European Union rotates every six months among the 27 EU Member States. On 1 July, Germany will take over the Presidency. Companies have been sponsoring the EU Council Presidency for years: In 2018, for example, Austria has been sponsored by Audi and the insurance group VIG, Bulgaria by the Association of the Bulgarian Beverage Industry and BMW. Coca-Cola had supported the Polish Presidency in 2011. Among other things, the group supplied 140,000 litres of beverages for the meetings. At the same time, the EU Food Information Regulation was adopted and an EU-wide mandatory nutritional labelling in traffic light colours was prevented. 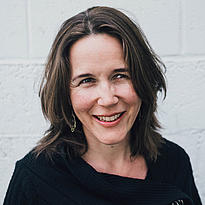 European states are spending millions on saving the economy during the Corona crisis. They can afford to host conferences by the EU Presidencies without taking gifts from corporations. We need a strong and citizen-oriented European Union free from conflicts of interest.
Suzy Sumner Head of the Brussels Office at foodwatch International

In correspondence with foodwatch, the Permanent Representative of Germany to the EU, Michael Clauss, wrote: “The renunciation of sponsoring is seen as a political sign of independence and is supposed to show that it is possible to carry out the EU Presidency without sponsoring by the private sector. I am pleased that you too welcome this renunciation.” However, this statement contradicts notes from a Council meeting from February this year which say that the German Presidency has “concluded some smaller local business sponsorship contracts aiming to promote regional interests” in order to support “informal regional events”. The German Presidency has to make an immediate announcement on which one of these statements is correct. Does the German Presidency intend to take any form of sponsorship during its Presidency, or not?

A clear “No to Sponsorships!” needed

In 2019, foodwatch submitted a complaint to the European Ombudsman's Office about another Coca-Cola sponsorship – this time for the Romanian Presidency. In light of this case, the Ombudsman warned “of reputational damage to the neutrality of the Presidency” and recommended that the Council issues “guidance to Member States on the issue of sponsorship of the Presidency to mitigate the reputational risk of the EU.”

Half of the European population is overweight. The EU cannot properly address the European obesity crisis if corporates like Coca-Cola sponsor an EU Presidency.
Suzy Sumner Head of the Brussels Office at foodwatch International

By May 2020 the Council has conceded to “explore the possibility of providing best practice guidelines so that Member States holding future Presidencies are aware of such a risk when assessing the possible recourse to sponsorship.”

But writing voluntary guidelines will take a lot of time and energy and then risk being inadequate. During the upcoming EU Presidency Germany must ensure that an outright ban on corporate sponsorship is put in place. Anything else is missing this opportunity for change and only serves to feed the mistrust of Europe’s citizens in the institutions of the EU.

Further development of the Nutri-Score: Lobbying influence through the back door?

foodwatch is calling for a mandatory “lobby register” in Germany