No toxic mineral oil in our food!

Experts from the European Commission will meet with the Member States on Friday 21 February to discuss the follow-up to the handling of baby milk contamination with mineral oils which are hazardous to health.

In October last year, foodwatch published laboratory tests on contamination of infant formula by aromatic mineral oil hydrocarbons found in products from Germany, France and the Netherlands. The EU Commission immediately placed a notification to all European authorities in the European rapid alert system RASFF, commissioned a short expert opinion from the European Food Safety Authority EFSA and confirmed in expert circles the detection methods used by foodwatch. However, information to the public, product recalls or other measures to protect consumers' health have so far failed to materialise, even though the results of foodwatch have been confirmed in numerous tests by government laboratories in the Member States.

Legal obligation of all Member States

According to information from foodwatch, French authorities have now announced their intention to support the publication of all test results available from Member State authorities. foodwatch continues to call on the European Commission to comply with its legal obligation to protect all  consumers from mineral oils in food products in Europe. These mineral oils are potentially carcinogenic, mutagenic and harmful to the hormonal system. 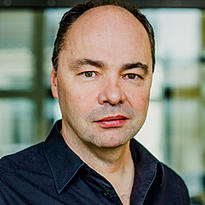 Instead of protecting European citizens through appropriate information and product recalls, the Commission and Member States have left it up to Nestlé and Danone to lull parents and carers into a false sense of security based on their inadequate test results.
Matthias Wolfschmidt International Campaign Director of foodwatch

Providing detailed information to the public

It is unacceptable that foodwatch, as a citizen-funded NGO, has to push the quality of laboratory analysis methods and force food giants like Nestlé and Danone to finally eliminate the health hazards from aromatic mineral oils in their products that have been known for many years. Without assuming responsibility, the European authorities are allowing Nestlé and Danone to continue their business as usual.

The European Commission and Member States have to inform the public in detail and without further delays about the test results, which have since been carried out in government laboratories, and to withdraw contaminated products from the market.

foodwatch calls on the EU to firmly reject misleading information from Nestlé and Danone based on false test results that are not scientifically valid.  Summing up, there must be zero tolerance for aromatic mineral oils in all foods in the EU.

Judgement: CETA must be democratically tied back

Putin's aggression and its consequences