On 1st January 2022, the French government will kick off its turn at the helm of the Council of the EU. Ahead of the French EU Presidency it is vitally important that Macron clearly and publicly refuses sponsorship. This step is necessary to ensure the integrity and trust of citizens in the EU and its member states.

foodwatch has joined together with Corporate Europe Observatory, and Observatoire des Multinationales to strongly criticise the ongoing practice of private companies sponsoring EU Council presidencies. The three European civil society organisations call on the French EU Presidency to reject all forms of corporate sponsorship when it takes the lead of the European Union in January 2022.

The Presidency of the Council of the European Union rotates every six months among the 27 EU Member States. Almost every recent Presidency of the EU in recent years has accepted sponsorship from national or multinational companies. It is completely inappropriate that a government, in its role at the head of one of the key EU institutions, which has huge legislative and policy-making powers, could let private companies pick up the costs for some of its activities. Because sponsorship, which allows corporations to promote their brands and products on the presidency website or to EU decision-makers, risks conflicts of interest, and is totally unacceptable. 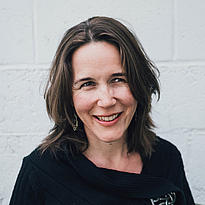 There can be no excuse for governments taking favours from corporations. If France needs any kind of goods or services during its Presidency of the EU, then it simply needs to procure it by normal means and pay a fair price for it.
Suzy Sumner foodwatch international

France should lead by example

On 1 January, France will take over the Presidency. Ahead of the French EU Presidency, the Renaissance delegation in the European Parliament — a group of 23 French MEPs from the same party as President Macron and who reside within the Renew Europe group in the European Parliament — has warned Paris against using corporate sponsorships during the French presidency. It said that the 2022 French Presidency should be “attentive to the public’s perception” and that it “should not resort” to private sponsorships.

foodwatch and the two other civil society organisations have launched an online petition to Emmanuel Macron, the President of France, Clément Beaune, Minister for Europe and Xavier Lapeyre de Cabanes, the Secretary General of the French Presidency, to reject corporate sponsorship deals during the French Council presidency in 2022. Sign here!

Guidelines are too weak

Following the Coca-Cola sponsorship of the Romanian Presidency in 2019, foodwatch took a complaint to the European Ombudsman Emily O’Reilly and this led to a ruling that these deals with companies were a “reputational risk” to the EU and that guidelines should be put in place. Unfortunately, the guidelines that have been agreed within the Council are insufficient and do not go far enough to ensure that future presidencies will be free from sponsorship.

The practice of seeking private sponsors to support the six-month rotating Presidency of the European Union is being watched carefully by civil society. This issue must not be closed until the practice of corporations buying influence of our politicians and decision makers stopped.