Since September last year, thousands of food products have been recalled due to contamination with the carcinogenic and banned pollutant ethylene oxide, especially in France. However foodwatch raised the alert that not all EU Member States were taking the action needed. After weeks of discussions, the European Commission heeds the foodwatch alert and calls for a strong political response from across the EU to this new food scandal.

For the first time on 9 September 2020, Belgium reported via the European rapid alert system RASFF that sesame seeds from India were contaminated with ethylene oxide. While ethylene oxide is used to combat fungi and bacteria in a number of countries outside the EU, it is banned in EU food production. Residues in food violate European food law.

What is Ethylene Oxide?

Ethylene oxide is a carcinogenic, mutagenic and reprotoxic disinfectant which is banned in the European Union and yet has been circulating in Europe for several months or even years. It has been used to treat certain foodstuffs before export.

No safe level of exposure

Nearly 7.000 batches of food products were recalled in France, much less in other Member states. France implemented strong measures and has already recalled nearly 7,000 batches of food products since autumn 2020. Items range from sesame seeds to ice cream, pepper, ginger, shallots, coffee, bread, cookies, and ready meals. However, other countries of the European Union did not take such measures and some were reported to have hardly recalled any of the contaminated products.

In June, foodwatch alerted the Commission by letter on the non-compliance of several EU countries in removing these foodstuffs from the market. Additionally, foodwatch offices in Germany and the Netherlands put pressure on their respective governments to protect consumer’s health and apply the EU legislation correctly. After a series of long debates at EU level about whether the regulations should be followed to the letter, as happened in France, the Commission's decision was announced on 16 July: all Member States will have to guarantee the health safety of Europeans and recall on mass the products affected by this ethylene oxide contamination, including those products containing locust bean gum (E410) – a thickening agent often used in ice cream.

“Member States concluded that, in accordance with legal provisions set out in the General Food Law COM 178/2002:

A weak recall not good enough

On June 28, foodwatch France was informed that French authorities started to communicate to operators (manufacturers, distributors) the possibility of a slackening in the recalls of products contaminated with ethylene oxide.

Indeed, documents to which foodwatch had access indicated that the Commission and the Member States were seriously considering a relaxation of the recalls by allowing on the European market products containing ingredients illegally treated with ethylene oxide – such as locust bean gum (E410), but for which the operators had not been able to measure this contamination in the final product, as it is below the detectable threshold of 0.02mg/kg (for products manufactured before June 14, 2021).

At this point foodwatch sounded the alarm. This move away from clearly written rules of food safety was unacceptable. Foods needs to be traceable along the entire production and if this traceability shows that they have been treated with this illegal substance, it is a clear violation of Articles 11 and 14 of the General Food Law (EU Regulation 178/2002). 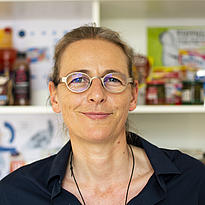 This episode demonstrates that the pressure of independent watchdog like foodwatch, a citizen counter-power, is unfortunately necessary and contributes to guaranteeing the food safety and rights of Europeans.
Karine Jacquemart General Director of foodwatch France

Some European countries and manufacturers tried to minimize the health risks of Ethylene Oxide. However this is a carcinogenic, mutagenic and reprotoxic substance which, according to the Anses (French National Agency for Health Safety of Food, Environment and Work), presents a clear health risk: "Even very low levels of exposure are associated with an excess risk of cancer.”

European regulations exist to protect citizens but all too often they are poorly implemented within the Member States, which claim the right to interpret them as they see fit.

Nutri-Score in the EU: 18 years of food lobbying

Nutri-Score revision: A step in right direction, but we’re not there yet